Insight into the Sustainable Building Industry 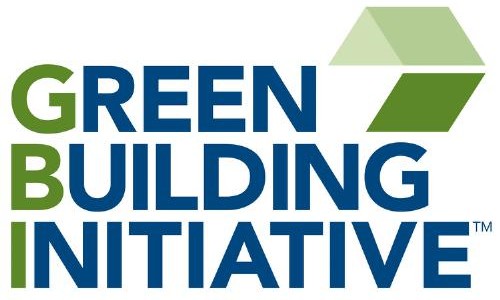 Green Globes is a green building certification and online assessment tool established in 2000 that is used in both Canada and the US, and was developed from the Canadian Standards Association’s Building Research Establishment’s Environmental Assessment Method (BREEAM). In the US, Green Globes is operated by the Portland-based Green Building Initiative (GBI).

Today, the Green Globes system is used by large developers and property management companies, including the Canadian federal government, which has adopted the program for its entire real estate portfolio. Green Globes uses a questionnaire-based approach that is intended to streamline the certification process, generating an automated report that details rating levels and achievements, as well as recommendations for improvement. This system can be applied to both new construction and existing buildings.

Claimed advantages include more understandable language, appropriate even for beginners in the green building industry, and reduced administrative costs—particularly for smaller projects. The standardization in submission methods also provides the opportunity to compare achievements of different projects within a real estate portfolio.

Green Globes for New Construction, used for both new construction and major renovation projects, utilizes weighted criteria to assess building environmental impacts on a 1,000-point scale in seven categories. Unlike LEED, Green Globes has no prerequisites, making it a viable option for projects that might not meet standards under other green building certification systems. Eligible buildings must achieve at least 35% of the regionally applicable points, have no more than 18 months of occupancy at the time assessment is ordered, and be at least 400 gross square feet (GSF) in size.

Green Globes Continual Improvement of Existing Buildings (CIEB) program, designed for the assessment of existing buildings, uses the same rating system as Green Globes NC but does not include the Site Impact category. Like Green Globes NC, eligible buildings must achieve at least 35% of the regionally applicable points and be at least 400 GSF, but also have at least 12 months of operational energy and water data and have conditioned space.

Helping Green Globes to gain greater international recognition is its new president Jerry Yudelson; Yudelson was appointed to the position in December 2013 and notably was included in the first round of USGBC’s fellows. According to Yudelson, Green Globes is just as stringent as LEED but is less expensive and faster, again making it a viable option for smaller projects. In an article published in Architectural Record Online, Yudelson claims that GBI’s process cuts the certification process time in half, saving the applicant $50,000 on average.

Critics of the program question its governance, which partially consists of board members who hold interests in the timber and chemical industries and who may resist change to environmental standards required of these industries. While GBI believes that Green Globes is a strong system, they acknowledge the need to diversify further.

While it is doubtful whether Green Globes will supplant LEED as the green building industry-standard in the United States, it is hopeful that with increasing options for green building certification, all rating systems will be forced to respond to the successes and limitations of the others, thus resulting in a stronger and more effective green building culture as a whole.